I tend to sanitize my illness for people. Or I’ll say what’s bothering me the most (usually my neck or the fatigue).

The definition of fibromyalgia – chronic widespread musculoskeletal pain, chronic fatigue and sleep disturbances – doesn’t convey the depth of the impact of this illness. In addition, the body is a whole – therefore one system acting up has effects on others, for example my tummy tends to get upset when I’m very sore.

Could a person imagine that they had one or two hours less sleep than their body needs, never sleep in a block of longer than one or two hours (that’s rarely completing a whole sleep cycle), spend some time awake (alone, in the middle of the night) in too much pain to sleep, need a medicine to help them get to sleep but still struggle to do so and never wake feeling well or refreshed (whether they’d had four or nine hours sleep) every day for 10 years, they may understand my illness.

People who are just tired don’t get this level of exhaustion. This level of fatigue causes brain fog – losing words, swapping words, memory problems and clumsiness.

I do everything possible to maximize sleep. It just doesn’t seem possible for me to sleep well.

In addition to the sleep problems and soul-crushing fatigue that accompanies this, there is the pain. Chronic pain seems so tidy a term. What it means is I have pain levels of three to six out of 10 every day.

My neck takes the center stage, interrupting sleep, being stiff in the morning and generally tight and sore. When it gets worse it causes secondary symptoms – severe headaches, dizziness, nausea and vomiting. I have to see a physiotherapist every three weeks for neck tractions and acupuncture to keep it away from the worst end of the spectrum. Working at a computer, sitting still and moving too much aggravate it.

My back is a close second, it often feels two moments away from spasm – like the back of the ribs are electrocuting it. When my lower back gets sore it radiates down into my glutes and upper legs. All down the spine are tight, angry muscles. I have to put a pillow under my legs in order to lie down.

There are more transient pains that come and go, such as my wrists and lower arms when I’m at work. My upper arms always feel bruisy, if I bang into a door frame (brain fog steals spacial awareness) it can hurt for ages, people grabbing my arm hurts far more than it should (hyperalgesia). Severe period pain for a couple of weeks (ovulation and menstruation) every month (dysmenorrhea). My knees have recently decided to join the party and have caused some problems – on some days the pain gets so bad I can’t walk and walking is one of my daily pain management techniques.

Fibromyalgia also causes flare-ups – a temporary exacerbation of one or more symptoms lasting from a day to several months. My entire pregnancy and my children’s first year were a giant flare-up, all of my symptoms were wildly worse (pregnancy symptoms are like mild to moderate fibromyalgia symptoms for me – so I had a double dose).

Sleep deprivation doesn’t help pain. There’s been studies on this – healthy subjects subjected to minor sleep deprivation develop fibromyalgia-like symptoms. Luckily for them they could have a few good night’s sleeps and recover. Severe sleep issues have been widely researched and is extremely detrimental to health.

Every day requires multiple pain management techniques. Including stretching, meditation, resting, pacing, walking, trade-offs and judicious use of pain medicines. My pain specialist has recently made me see that by not controlling the pain as well as I can I am causing physiological damage – chronic pain changes the body – and I am leaving myself susceptible to more pain and fatigue. The never-ending cycle of fibromyalgia.

Here’s the thing – I manage this illness well. 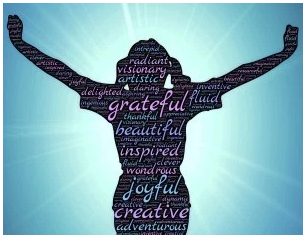 I, mostly, kick fibro’s butt. I work part-time, have two small children, a hunky hubby and hobbies. I wrote two books about fighting fibromyalgia (very slowly, over a long period of time). I do a lot while in a lot of pain. There are people far worse off than me. There are people with milder symptoms than me. But for my level of symptoms I cope remarkably well.

I am following my dreams despite this illness that could very well have stolen them. I encourage you to do the same.