Five years in jail for men who ’emotionally bully’ wives: New law will target bullies who control partners with ‘coercive and controlling behaviour’

Bullies who emotionally abuse partners face up to five years in prison.

Under laws coming into force today, anyone who inflicts psychological cruelty on their other halves can be prosecuted – even if there is no direct physical harm.

For the first time, domestic abusers who stop short of lashing out at their victims will be targeted with a new offence where there is evidence of ‘coercive and controlling behaviour’.

Bullies who emotionally abuse partners face up to five years in prison.

Under laws coming into force today, anyone who inflicts psychological cruelty on their other halves can be prosecuted – even if there is no direct physical harm.

For the first time, domestic abusers who stop short of lashing out at their victims will be targeted with a new offence where there is evidence of ‘coercive and controlling behaviour’. 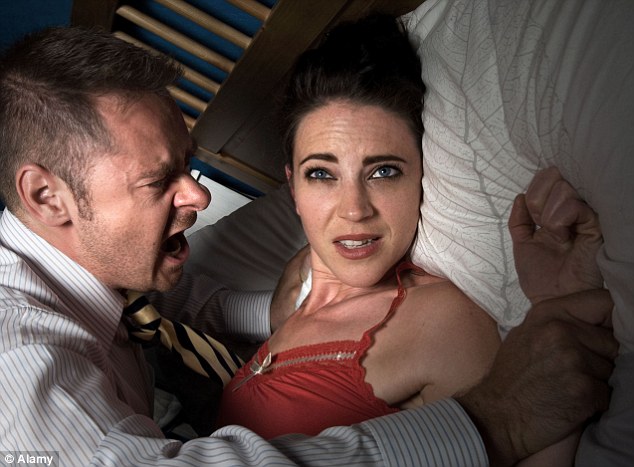 Bullies: People that psychologically abuse their partners can now face up to five years in prison (file photo)

This could include preventing a partner from seeing family or friends, keeping them short of money, controlling their social media accounts, spying on their communications or determining aspects of their everyday life, such as when they eat, sleep or even go to the toilet.

Prosecutors are determined to tackle the problem of perpetrators who trap their victims in a ‘living hell’ with repeated threats, humiliation and intimidation. Research has shown that 30 per cent of women – about five million – and 16 per cent of men, or 2.5million, experience domestic abuse during their lives.

Director of Public Prosecutions Alison Saunders said: ‘Controlling or coercive behaviour can limit victims’ basic human rights, such as their freedom of movement and their independence.

‘This behaviour can be incredibly harmful in an abusive relationship where one person holds more power than the other, even if on the face of it this behaviour might seem playful, innocuous or loving.

‘Victims can be frightened of the repercussions of not abiding by someone else’s rules. Often they fear that violence will be used against them, or suffer from extreme psychological and emotional abuse.

‘Being subjected to repeated humiliation, intimidation or subordination can be as harmful as physical abuse, with many victims stating that trauma from psychological abuse had a more lasting impact than physical abuse.’

Polly Neate, chief executive of Women’s Aid, said introducing the law was a ‘landmark moment’ in tackling domestic abuse. ‘Coercive control is at the heart of domestic abuse,’ she said.

‘Perpetrators will usually start abusing their victim by limiting her personal freedoms, monitoring her every move, and stripping away her control of her life; physical violence often comes later.

‘Women’s Aid has campaigned to have this recognised in law, and we are thrilled that this has now happened.’

Prosecutors will be able to secure convictions using documentary evidence, such as threatening emails and text messages, and bank statements that show an abuser has sought to control the victim financially. 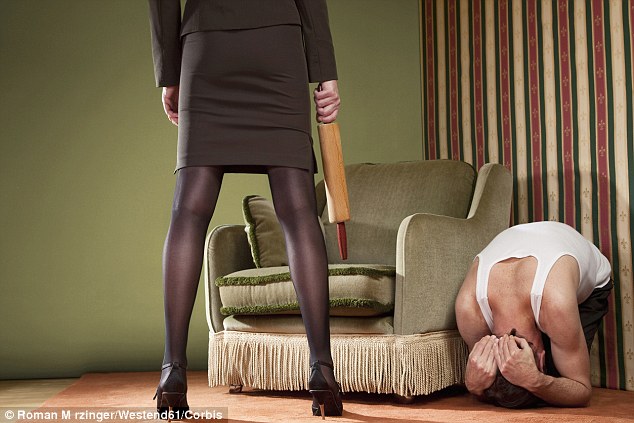 Police and prosecutors will be expected to take action against those who trap their partners in a manner that Home Secretary Theresa May has described as ‘tantamount to torture’.

Coercive behaviour is defined as an ‘act or pattern of acts which are used to harm, punish or frighten a victim’. The offence was part of the Serious Crime Act 2015, which was passed by Parliament earlier this year.

In order for the offence to apply, a culprit’s behaviour must have a ‘serious effect’ on the victim. Home Office guidance says this involves causing someone ‘serious alarm or distress which has a substantial effect on their usual day-to-day activities’.

Police and prosecutors are now being trained to recognise patterns of abuse behaviour which meet the criminal threshold. Louisa Rolfe, of the National Police Chiefs’ Council, said the new offence ‘will provide more opportunities to evidence other forms of domestic abuse, beyond physical violence’.

Earlier this month it was revealed that domestic violence police units were on the verge of being ‘overwhelmed’ amid a 31 per cent rise in recorded.

Previous “Reactive Abuse”: They Call You Abusive For Reacting To Their Abuse
Next 38 Signs You’re Being Abused By A Narcissist (Watch Out For Number 5!)