Narcissists tend to communicate differently than other people. Their words are often used as tools or weapons. Their language often disguises their true intent.

This can make listening to narcissists more difficult and less straightforward than communicating with most other people. Given that, learning to see the meaning and motivations behind narcissists’ messages is crucial.

The following are examples of the kind of language narcissists often use. Each example is followed by a translation giving the possible motivation, intent, and thinking underlying each phrase.

These translations list what a narcissistic person might say if they were telling the unvarnished truth about their aims. Narcissists may or may not recognize their underlying motives, but they certainly don’t want others to know them.

“You’re just too sensitive”  =  Your feelings are a problem for me. I don’t know what to do with them. I have no interest in having empathy. I don’t even know what empathy is, though I want to receive it. If I shame you, maybe you’ll stop bothering me with your feelings.

“You’re upset but don’t blame me”  =  You are making me defensive. If I upset you, it’s your fault you got upset, not mine. I never apologize, accept blame, or admit I am wrong. That would appear weak. 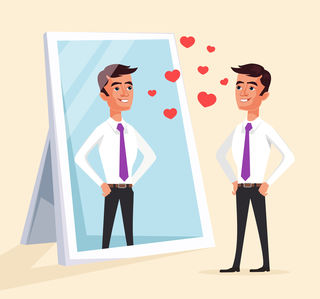 “How was your day?”  =  I am only asking as a prelude to talking about me. I have a limited attention span for hearing about you. It’s too hard to listen to others and I can only pretend interest for a short time. I’d rather be talking than listening. Plus, I have an unlimited appetite for talking about myself.

“You’re wrong”  =  I have no idea whether what you’re saying has any merit. However, if I can make you doubt yourself, you may be easier to influence and control.

“I’ve never been more certain in my life”  =  I believe whatever I say in the moment. I don’t think about whether it is true or consistent with what I have said or done before, as long as it gets me what I want. The more certain I act, the less likely you are to question me. Being questioned feels undermining to me so I will find ways to undermine you.

“Stop analyzing me”  =  What you’re saying about me makes me uncomfortable. Introspection and uncertainty terrify me. Tell me great things about me or don’t talk to me at all.

“That’s not what I said”  =  I may have said it but I don’t like the way it makes me sound. My image is all-important. If I stonewall, you are likely to get confused or exhausted and give in. It’s amazing how often I convince people I am right by speaking with absolute certainty. 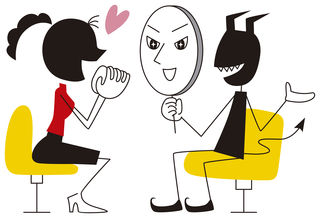 “Of course I respect you”  =  I hope you believe this because you won’t see how little I really think about your needs or rights. I have a bottomless hunger for attention and respect. Whatever you do for me will probably never be enough but the longer I can keep you trying, the better for me.

“I’ve heard this a million times before”   =  I probably won’t listen this time either. If you are complaining about me or trying to get me to change, good luck. I am largely unaware of how my actions affect you.

“You’re too demanding”  = The fact that you have needs is bothersome to me. You’re supposed to attend to my needs, not vice-versa.

“Stop being so selfish”  =  You are trying to steal my spotlight. Don’t you dare!

“You can trust me”  =  You’d be unwise to trust me but if I can get you to believe this, I can keep using you. Plus, it makes me feel good to say it about myself.

“This is who I am, take me or leave me”  =  I am not changing for you. Plus, if you ever leave me or challenge me too much, I will replace you in a heartbeat and never look back. People are disposable to me.

If you take a narcissist’s words literally, you are likely to end up confused or exhausted.

The truth is, narcissists live in reverse.

Narcissists’ are mortally afraid of feeling humiliated or being seen as flawed, inferior, weak or a “loser.” Their words reflect an endless shell game that attempts to hide these insecurities. 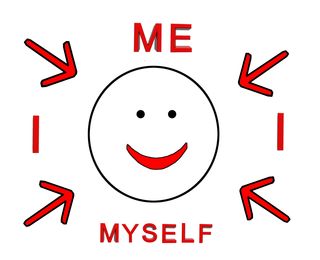 Decoding the true meaning behind a narcissist’s words may spark grief, anger, relief, sadness, freedom, and more. As feminist Gloria Steinem said, “The truth will set you free, but first it may piss you off.”

While we can have compassion for narcissists and their wounds, we do not have to allow narcissists to hurt or take advantage of us.

In your next conversation with a narcissistic person, instead of wondering “What did he mean by that?” you can look behind the curtain and realize, “Once again, he needs attention.” Instead of asking yourself, “How could she say such a thing?” you can recognize “There she goes again, inflating herself by demeaning others.”

Knowledge is power. The more you recognize narcissists’ facades, the less confusing their behavior becomes.

Anxiety Disorders May Be Caused By Exposure To Narcissistic Abuse

If you’ve ever had interactions with a narcissist, then you know just how trifling they can …