7 Of The Most Harmful Narcissistic Manipulation Tactics 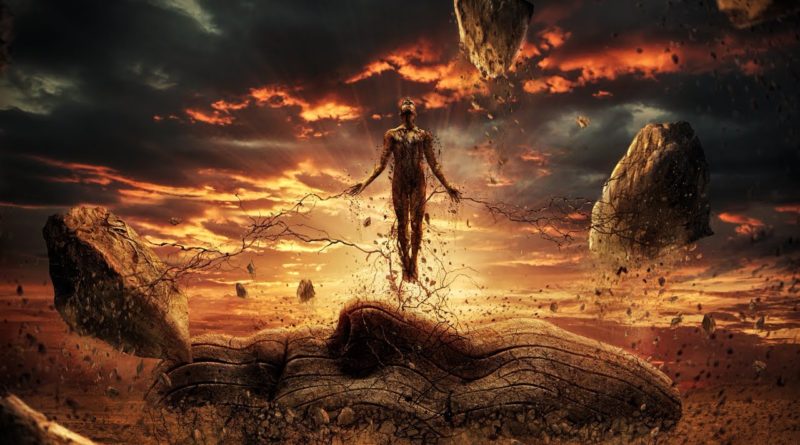 We would like to think of ourselves as people who can spot and avoid manipulators, but narcissistic manipulation is a special, sneaky kind of toxic.

There are two types of narcissists. One revolves around the person who is self-absorbed, and obsessed with their attire, hairstyle, and everything involving their looks, or what they own. That type of narcissism exists on a spectrum. The other kind however, is a genuine psychiatric disorder, and if you aren’t prepared, you will find yourself the victim of narcissistic manipulation.

Individuals who meet the criteria for Narcissistic Personality Disorder use extremely manipulative tactics when dealing with relationships. This is due to their dishonesty, lack of empathy and their tendency to be outwardly exploitative.

Recognizing their harmful influence, and removing yourself from the grip of narcissist manipulation is the best thing you can do to protect your mental and emotional well-being.

HERE ARE 7 OF THE MOST HARMFUL NARCISSISTIC MANIPULATION TACTICS:

Whether it is in a public setting, or the privacy of your own home, a narcissist will make comments that belittle you. They derive pleasure from making others feel small, look weak, or appear less intelligent than themselves. This form of manipulation is subtle- dangerously so. You won’t recognize it under the guise of “I’m only kidding.” “Can’t you take a joke?” or “I’m just trying to help you.” Eventually you begin to rely on their hurtful words. Or rather, you rely on the hope that one day you will be “good enough”, and they won’t have to say them. Trust me, you are good enough already.

Of course the narcissist needs back up. Their egos are massive, and as big as they are, they are equally fragile. This means that regardless of what you say, or how much logic you use, or what facts you have on your side, you won’t win. You can’t. They have already swayed one of their friends or colleagues and convinced them to take their side. Unbeknownst to you. So now, you, the person you intended to have the conversation with, and a third-party member of their choosing are now all a part of this triangle of defeat from hell.
8 Ways To Spot A Narcissist

When your relationship began, the narcissist complimented you and made you feel like you both could be the greatest couple that ever walked the earth. You were so happy- or you thought you were. Then they started changing things around. The compliments turned into things you needed to change about yourself. The way they liked your hair is now “dated” or “silly.” Your awkward puns that everybody genuinely enjoys? “Nah, those are dumb too, and the people only laugh because they  pity you.” You will never feel like you are worth more than what they say you are.

4. PERPETUATING THE ROLE OF VICTIM.

Despite the fact that you’re the one who is being victimized, the narcissist will turn it around on themselves. You might have told them how it feels like you are talking to a brick wall when you try to get through to them, and the narc will say something like, “See? I just can’t get through to you.” It literally makes no sense whatsoever, and their words will have you questioning if you really are the one to blame. Maybe you just haven’t been clear enough. Do not fall for this kind of manipulation.

Each one of these types of manipulation can damage your mental and emotional health, and this happens because we start to doubt ourselves and our sanity. We begin to question if we really said something, or if they never said something, or if everyone else sees the same thing you do. Well, unless they are living with them, someone else isn’t going to see what you see. Gaslighting works exceptionally well for the narcissist because there is no proof. You can’t prove how they feel, and you can’t prove if they said something or acted irrationally. Of course, you could record them, but then you would be the crazy one. Again, it all goes back to making you rely on them- for your sanity, for your worth, and for your very basis in reality. If that’s not dangerous, I don’t know what is.
How To Prevent, Recognize and Recover from Gaslighting

The conversation, the meals, the social outings, the bills- literally everything. The narcissist feels the need to control these things so they are the center of attention and main focus of the relationship. If you want to talk about your day, go for it. But know that they won’t hear you, they won’t remember anything you’ve said, and the conversation will immediately encompass their day. This eventually causes you to forget all about yourself and what you want. As soon as the relationship reaches this level of manipulation, stop, and ask yourself what you are doing and where you can go from here that will better your life.
How to Recognize and Neutralize Manipulation in Your Life

Remember, the narcissist is flawless. So if they’re upset about something at work, or if they’ve been made aware of one of their many “flawless” attributes, they are going to take it out on you. And guess what? You aren’t going to be prepared. You can’t be. When you say something that triggers them (and it could be anything under the sun) you become the target of their aggression. Not only is this dangerous for your mental and emotional health, it can be detrimental to your physical health as well. Increased levels of cortisol rush through your body when your stress levels are elevated, and too much of it can cause heart problems.

HOPEFULLY KNOWING THESE SIGNS CAN HELP YOU TO RECOGNIZE AND IDENTIFY THEM WHEN THEY HAPPEN, SO YOU CAN TAKE THE APPROPRIATE MEASURES.

6 Dark Signs That You’re Dealing With A Sociopath

Arguments with people are always mentally taxing. Sometimes they are hard-headed and stand by their …